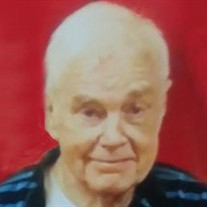 William “Bill” Moore, passed away peacefully on January 23, 2022, in Sugar Land, Texas at the age of 83. Bill was born on December 3, 1938 in Rogers, Texas to Clara Iva Moore and Henry Lloyd “Buck” Moore. Bill is survived in death by his daughters, Tammi Bransky and Brittany Moore, son Scott Adams, and grandchildren Preslee Bransky and Landen Bransky. Bill is preceded in death by his parents, his two sisters, Shirley Ann Kreiser and Peggy Castillo, and his two brothers, Hugh Lloyd Moore and Jerry Moore. Bill grew up in Rogers, Texas where he attended Rogers High School and played on the varsity football team for four years. Bill then attended Blinn College and Howard Payne University on a football scholarship. He received his undergraduate degree in Physical Education and English and Science from Sam Houston University in 1963 and his Masters in Administrative Education in 1967. He worked for the railroad and was also a medic in the National Guard. Bill came to Sugar Land in 1964 where he began a successful career with Ft. Bend ISD. He taught life science, physical education, and coached football and basketball at Dulles Jr. High. He then became an Assistant Principal at Dulles Jr. High School and then Missouri City Jr. High School. In 1977, he became the Principal of Quail Valley Jr. High School. In 1984, he was appointed Director of Human Resources. He retired in 1998, but continued to be active in the Teacher Retirement organization. Bill impacted the lives of his students, teachers, and administrators during his 34 years with Fort Bend ISD. He was compassionate and dedicated to his career. He had fond memories of those times and often reminisced about his days with Fort Bend. Bill was also active in the community where he was a Charter Member/President Elect for the Oyster Creek Rotary Club. He attended church on a regular basis and enjoyed showing off his green thumb in the yard. He was a sharp dresser and always smelled good. He loved his Texas Longhorns, and spending time with his daughter Brittany. He was loved and will be missed by many. Visitation will be held from 9:00 a.m. until service time at 10:00 a.m., Saturday, January 29, 2022 in the Chapel of Davis-Greenlawn Funeral Home in Rosenberg. The service will be live-streamed. The family will gather for burial at Rogers Cemetery in Rogers, Texas. The family has requested that remembrances be made in the form of contributions to Fort Bend Education Foundation. Tributes and words of condolence may be left for the family at www.davisgreenlawnfh.com. Arrangements are under the direction of Davis-Greenlawn Funeral Home, 3900 B.F. Terry Blvd. (Hwy 59 South @ FM 2218), Rosenberg, Texas 77471, Phone: 281-341-8800.

The family of William "Bill" W. Moore created this Life Tributes page to make it easy to share your memories.

Send flowers to the Moore family.