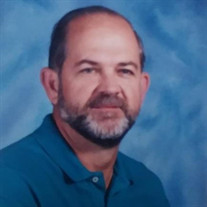 Troy Glyen Williams (November 20, 1940-March 3, 2021) Troy was born in Pine Mills, Texas, on November 20, 1940 to Troy Bruce Williams and Ola Elise Davis Williams. He graduated from Quitman High School in 1959, where he excelled in football and basketball. He went onto graduate from East Texas State University in 1963. He was immediately hired by Lamar CISD as a teacher and coach and continued with Lamar CISD for 33 years. During his time with the school district, he started his career as a teacher/coach, received his Master’s degree from Prairie View A&M University, and then became the principal of Crockett Intermediate in 1974. He went on to be named the principal of Lamar Junior High in 1980. He was extremely proud of the team of incredible educators and people he was able to assemble at both schools. Troy returned to his passion, teaching in the classroom, at Lamar Consolidated High School in 1986. Even after “retiring” in 1996, he continued teaching for a time at Calvary Episcopal School in Richmond. Troy married the love of his life, Mary Ann Lowrance, on May 30, 1964, and they made their home in the Richmond/Rosenberg area. They had one daughter, Kelle, and twin boys, Keith and Kevin. No one ever had to ask how the kids were, because Troy was quick to tell anyone who would listen how proud he was of them. In later years, you could find Troy tending to his roses, reading, working puzzles, or watching his grandkids and great grandkids play sports. Troy never met a stranger and always loved seeing former students and colleagues around town. Troy was preceded in death by his parents, his beloved in-laws, Robert and Juanita Lowrance, his sister Linda, and his precious nephew Andy Walker. Troy is survived by his wife of 57 years, Mary Ann Lowrance Williams; his daughter, Kelle Elise Williams Coleman and her husband Wayne; Keith Lynn Williams and his wife Heather; and Kevin Glynn Williams and his wife Stephanie. Grandchildren Erika Shea Coleman Stroud and her husband Dustin; Gerald Wayne Coleman III and his wife Hannah; Brett Elise Coleman; Joshua Gage Williams; Zachary Kade Williams; Luke Andrew Williams; and Logan Glynn Williams; along with great-grandchildren Parker Skye Stroud, Kennedy Ryan Stroud, and Kaycen Wayne Coleman will all miss their Papaw dearly. Services are as follows: Visitation will be held from 5:00 p.m. – 7:00 p.m., Thursday, March 11, 2021 in the Chapel of Davis-Greenlawn Funeral Home in Rosenberg. A private family funeral service will be held at 10:00 a.m., Friday, March 12, 2021 at St. John’s United Methodist Church in Richmond with Pastor Jeff Gantz officiating. Per COVID-19 Protocols, visitation and services are limited to 50 people at a time and facial coverings must be worn at all times. A graveside service will be held at 2:00 p.m., Sunday, March 14, 2021, at Mt. Pisgah Cemetery in Hainesville, Texas. In lieu of flowers, a donation may be made in Troy Williams’ name to the George Memorial Library or Lunches of Love. Words of condolence may be left for the family at www.davisgreenlawnfh.com Arrangements are under the direction of Davis-Greenlawn Funeral Home, 3900 B.F. Terry Blvd., Rosenberg, Texas 77471, Phone: 281-341-8800.

The family of Troy G. Williams created this Life Tributes page to make it easy to share your memories.

Send flowers to the Williams family.