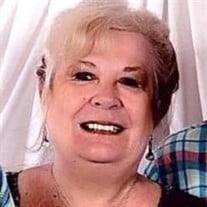 Thelma Irene “Rene” Hightower was a caring wife, mother, grandmother, sister, and friend. She left this world after a brief battle of cervical cancer on November 17, 2021 at age 75. She was born to Albert Priddy and Clotho “Clo” Davis on September 25, 1946 in Charleston, West Virginia. After graduating from high school, Rene chased her dreams to live in Washington, DC where she served as a secretary for J. Edgar Hoover. Later, the following year she met her husband, Neil Hightower who was a student at the United States Naval Academy in Annapolis, Maryland. After marriage they returned to Neil’s home state of Pensacola, FL where they welcomed 2 children, Angela Dawn Hightower and Neil Hightower II. In 1975, as a family, they left Florida and moved to Sugar Land, TX where they resided until 2020. Rene loved spending time traveling, in the kitchen, reading and spending time with her family and friends. She also loved her job working for her son-in-law Chris and continued to do so up until her time of death. She believed in keeping her mind active and truly felt a purpose with her career. She is predeceased by her parents, her husband and her brother, Larry Priddy. She is survived by her sister, Donna Jean Rowland, her son-in-law and daughter, Chris and Angela Prejean, their children Cade Adam Prejean and Callie Grace Prejean and her son, Neil Hightower II. A funeral service is scheduled for 2 pm on November 29, 2021 at the Davis-Greenlawn Funeral Chapel and Cemetery at 3900 B.F. Terry Blvd in Rosenberg, TX 77471. Visitation will begin at noon.

The family of Thelma Irene Hightower created this Life Tributes page to make it easy to share your memories.

Send flowers to the Hightower family.