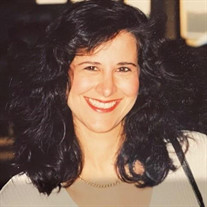 Susan Villagomez, 57, of Danville, California, formerly of Rosenberg, Texas and Morristown, New Jersey, died peacefully on May 6, 2021 in California. She was born on July 8, 1963 in Texas to Rafael and Eufemia Villagomez. Susan graduated in 1981 from Lamar Consolidated High School near the top of her class. She continued her education, studying Journalism and Business, at The University of Texas in Austin, where, in 1981, she met her future husband, Paul. Susan then pursued a career in real estate and healthcare, working in Texas, New York City, New Jersey, and, for the last eighteen years, in California. Susan and Paul enjoyed travel vacations, visiting nations and sights in Asia, Europe and the Americas. Susan’s zest for fun was contagious. She loved music, dancing and food and was particularly renowned for her amazing cooking. While living in New Jersey, and later in her California years, Susan devoted herself to helping others and volunteering. She touched many hearts, and her loss is felt by her communities, especially at St. Isidore Catholic Church in Danville. Susan was proceeded in death by her parents. She is survived by her husband, Paul J. Crooker, her sisters, Blanca Cruz, Rosie Villagomez and Alma Flores (Sam), her brother, Ralph Villagomez, and many nieces and nephews on both sides of her family. She will be dearly missed. Visitation will be held at 1:00 p.m. followed by a rosary & service at 2:00 p.m., Saturday, June 5, 2021 in the Chapel of Davis-Greenlawn Funeral Home in Rosenberg. Burial will follow at Greenlawn Memorial Park in Rosenberg. Tributes and words of condolence may be left for the family at www.davisgreenlawnfh.com. Arrangements are under the direction of Davis-Greenlawn Funeral Home, 3900 B.F. Terry Blvd., Rosenberg, Texas 77471, Phone: 281-341-8800.

Susan Villagomez, 57, of Danville, California, formerly of Rosenberg, Texas and Morristown, New Jersey, died peacefully on May 6, 2021 in California. She was born on July 8, 1963 in Texas to Rafael and Eufemia Villagomez. Susan graduated in... View Obituary & Service Information

The family of Susan Villagomez created this Life Tributes page to make it easy to share your memories.

Send flowers to the Villagomez family.