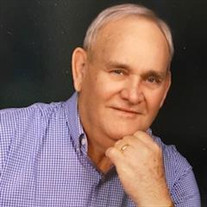 1949-2020 Ronnie Ray Maresh went to be with Our Lord and Savior on Saturday, August 15, 2020. He was born September 2, 1949 to Gladys and Emil Maresh,Jr. of Needville. Ronnie graduated from Needville High School – Class of ‘68. Drive, determination and a zest for knowledge, lead him to graduate with a Bachelor of Science in Technology with concentration in electrical technology from the University of Houston in 1978. After marrying the love of his life, Dorothy Marie Siska, on August 31,1991, they blended their 5 children into one big family. They shared nearly 29 years of wedded bliss together. After 42 years of service, he retired from HL&P/Centerpoint Energy. He spent his retirement traveling with his wife, helping his children with projects, and teaching his grandchildren new skills. His dedication, passion & love for his family was endless! He was a Life Member of the Fort Bend County Fair and Co-Chairman of the Student Fun Day. He belonged to the SPJST and was a member of Immanuel Evangelical Church in Needville and Sacred Heart Catholic Church in Richmond. Ronnie was preceded in death by his parents: Emil Maresh, Jr and Gladys Graeber Maresh. He is survived by his wife, Dorothy Maresh, and their 5 children: Jennifer Maresh Richardson (Matthew), Jonathan Maresh (Alana), Jessica Rainosek Rault (Mark), Lisa Rainosek Slavinski (Kevin), and Jeffrey Rainosek (Ashley), along with 11 grandchildren: Raven, Taylor, Warner, Spencer, Slade, Jackson, Jacob, Aligayle, Samantha, Madeline, Kresston, and extended step-grandchildren; and his 11 brothers & sisters; Keith Maresh, Carolyn Strain, Cynthia Herrin, Milana Benton, Larry Maresh, Sandra Zacek, Bonnie Sue Maresh, Chris Maresh, Connie Hesse, Terry Drake, and Kem Maresh along with their spouses and children. Visitation will be held at Davis-Greenlawn on Thursday, August 27 from 5-8 p.m. Rosary to begin at 7 p.m. Friday Funeral services will be held at Sacred Heart Catholic Church in Richmond at 10 a.m. Graveside service following at Davis-Greenlawn. Please wear your mask & practice social distancing. In lieu of flowers, the family would like contributions to Sacred Heart Catholic Church, Immanuel Evangelical Church, or the American Cancer Society. Tributes and words of condolence may be left for the family at www.davisgreenlawnfh.com. Arrangements are under the direction of Davis-Greenlawn Funeral Home, 3900 B.F. Terry Blvd., Rosenberg, Texas 77471, Phone: 281-341-8800.

The family of Ronnie Ray Maresh created this Life Tributes page to make it easy to share your memories.

Send flowers to the Maresh family.