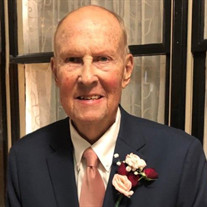 Obituary: Larry Timothy “Tim” Eller Larry Timothy “Tim” Eller was born June 22, 1946 in Kansas City, Missouri. Within hours, he was adopted and loved completely by a Christian couple, Walter Scruggs Eller & Lois Mae Holmes Eller from Pampa, Texas. Tim grew up in Pampa, Texas, active in sports, football, and the Mary Ellen Harvester Church of Christ, where he heard and believed in the word of God and was baptized. He loved to water ski and fish, having the same amount of luck with both. Tim attended Camp Blue Haven in Las Vegas, NM in his teens and enjoyed himself a good tennis match. Tim was accepted and attended Abilene Christian College for two years, transferring to Texas Tech to complete a Chemical Engineering degree. His favorite high school friend, Donna Marie Conner, would precipitate into the love of his life; they married August 27, 1966. Living in Kingsville, he began an engineering career with Celanese Chemical Company. And they added to their number a first born son, Bradley Scott Eller (1969). Returning to Pampa, two more children were born, Steven Blake Eller (1974) and Julie Dawn Eller (1976). The Ellers moved to Missouri City, Texas in 1976 where they would raise a family and live the rest of his life. Tim would work in the industry before the oil business created other opportunities. During those times, Tim would not quit but utilize the engineering wisdom to find a creative solution. He founded an internet dial-up company in the late 90s, where two of his children and many friends would work to develop their own life skills. Tim’s primary role is to reflect biblical principles in all things. Tim loved learning about scripture. He desired to see the Holy Land. He loved to teach bible class, including children’s bible hour, spending time with the youth, taking trips, coaching and consistently being a part of the church, serving as a deacon and an Elder for many years. You could find Tim standing at the church doors and feel the love in his hand shake. Tim made you feel welcomed. He truly passed on the legacy of his earthly parents and his Holy Father. Do you know Jesus Christ? Tim would want you to know that you are assured a place in eternity, completely forgiven, if you only believe in Christ. Tim is preceded in death by his father and mother, Walter and Lois Eller, a still-born son Gregory Wayne Eller, and an angel of beauty, his daughter Julie Dawn Eller Whaley, a grandson of peace Noah Allen Whaley. Tim is survived by his wife, Donna Eller of 55 years of marriage; son Brad Eller and wife Jaclyn, son Steve Eller and wife Jennifer, Ethan Whaley, son-in-law, and wife Katie; grandchildren Braden Eller and wife Shelby, Blakely Eller, Cade Eller, Jackson Eller, Alyssa Whaley, Dayne Eller, Tate Eller, Megan Whaley, and Audrey Whaley. Private Graveside services will be held at a later date at Greenlawn Memorial Park. Funeral services will be held Sunday , May 1, 2022 at 2:00 P.M. at First Colony Church of Christ, 2140 First Colony Blvd. Sugar Land, Tx 77479. The service will be live streamed at www.firstcolonychurch.online.church. In lieu fo flowers donations may be made to: Lifeline Chaplaincy lifelinechaplaincy.org 1415 Southmore Blvd. Houston, TX 77004 713-524-1055 (Phone) While We're Waiting whilewerewaiting.org P.O. Box 22823, Hot Springs, Arkansas 71903 501-881-8851

The family of Larry Timothy Eller created this Life Tributes page to make it easy to share your memories.

Send flowers to the Eller family.