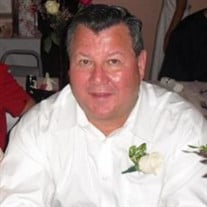 Kenneth John Schackai, Sr., 75, of Meadows Place, Texas, passed away on June 8, 2022. Kenneth was born on February 24, 1947, in New Orleans, Louisiana, to Gertrude (Woringen) Schackai and Milton J. Schackai, Sr. In 1966, he married the love of his life, Sharon Riggleman Schackai. After graduating from St. Aloysius High School, he earned a bachelor’s degree in Business Administration from Loyola University in 1972 and honorably served our country as a Second Lieutenant in the U.S. Army during the Vietnam War. In 1975, while working for Shell Oil Company, Kenneth was transferred to Houston and chose to make Meadows Place, Texas his long-term residence. He worked for Shell as a Systems Engineer for over 25 years and then worked another 25 years at MHMRA (Mental Health Mental Retardation Authority) until he retired in June 2019. For 30 years, he served as a volunteer firefighter for the Stafford Fire Department. It was not uncommon to find him at Station 3 during anytime of the day or night either running calls or washing and maintaining the apparatus fleet. In addition to his parents, Kenneth is preceded in death by his wife of 45 years, Sharon, and his brother, Milton Schackai, Jr. He is survived by his son, Kenneth Schackai, Jr., and his daughter, Laurie Stewart and husband, Gary. He is also survived by his grandchildren: Cody Stewart and wife, Heather, Cory Stewart, Courtney Stewart, and Ashlye Southard; brother, Richard Schackai and sister, Carol LaVie; along with many nieces, nephews and friends. Although Kenny was a man of very few words and had a dry sense of humor, he was a loving husband, father and grandfather with a true servant’s heart. Visitation will be held from 1:00 p.m. - 2:00 p.m., Friday, June 17, 2022, in the Chapel of Davis-Greenlawn Funeral Home in Rosenberg with services starting at 2:00 p.m. Pallbearers will include grandsons, Cody and Cory Stewart, and close family friends, Jeff Kimble, Jeff Jordan, Bill Bomberger, and Cooper Haldiman. In lieu of flowers, the family prefers donations to be made in Kenny’s honor to the Wounded Warrior Project (WWP).

***Check back for updated obituary information***

Send flowers to the Schackai family.