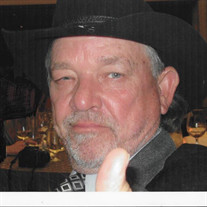 John (Johnny) Anthony Andel took his pool stick and is now shooting pool in heaven after a courageous battle with cancer. He served our country in the United States Army. He enjoyed spending time with his grandchildren fishing. He played... View Obituary & Service Information

The family of John (Johnny) Anthony Andel created this Life Tributes page to make it easy to share your memories.

Send flowers to the Andel family.