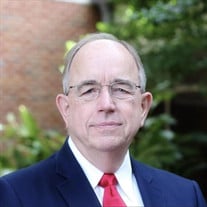 John Thomas Fregia, 75, of Richmond, Texas, passed away on August 15, 2021, with his wife and family by his side. John was a beloved husband, father, and grandfather. On December 18, 1945, John was born to John Bevil and Edwena Stephenson Fregia in Houston, Texas. He attended Sam Houston High School and was a member of the ROTC. John went on to attend Texas A&M University, where he was a member of the Corps of Cadets (Squadron 8) and the Fish Drill Team. John received his bachelor’s degree in Industrial Technology and graduated with the Class of 1968. His love for A&M and its traditions never faded with time. He met his wife, Ann, at the A&M Church of Christ his freshman year, and they married a week after his graduation. They were married for 53 years and together built a life that was dedicated to bringing glory to God. After a successful career in purchasing, he retired from MD Anderson Cancer Center in 2016. Following retirement, John stayed very busy! He enjoyed doing woodworking and other projects in his garage that usually revolved around making things for his grandchildren or fixing things for others. He spent many hours working and building model railroad layouts. He especially enjoyed doing that after his grandchildren arrived. John was a faithful member of First Colony Church of Christ in Sugar Land, Texas, for over 30 years. Together with his wife, they dedicated part of each week to teaching children in Bible class. One of John’s important roles in this work was to bring the Bible story to life for each class. He wanted everyone to know the love and saving grace of Jesus Christ, his Lord and Savior. John was preceded in death by his parents, J.B. and Edwena Fregia. John is survived by his loving wife, Ann; daughter and son-in-law Tiffany and Rodney Fetter and their children, Alexandra and Mark Davis (Cypress, Texas), Preston, Hudson, Stone, and Crew (Richmond, Texas); and son and daughter-in-law John Mark and Carey Fregia and their children, Fiona and Jake (Richmond, Texas). A memorial service will be held on Sunday, August 22, 2021 at 2:00 pm at First Colony Church of Christ. Memorial contributions may be made to Lifeline Chaplaincy, 1415 Southmore, Houston, Texas 77004. www.lifelinechaplaincy.org

John Thomas Fregia, 75, of Richmond, Texas, passed away on August 15, 2021, with his wife and family by his side. John was a beloved husband, father, and grandfather. On December 18, 1945, John was born to John Bevil and Edwena Stephenson... View Obituary & Service Information

The family of John Thomas Fregia created this Life Tributes page to make it easy to share your memories.

John Thomas Fregia, 75, of Richmond, Texas, passed away
on August...

Send flowers to the Fregia family.