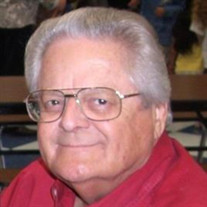 Jerry Paul Berghauser was born on October 30, 1944 in Charleston, South Carolina and passed away Wednesday, September 22nd at his home in Richmond, Texas. Jerry was born to Hugh Melvin Berghauser and Turner Lee Sheffield while his father Hugh was serving in the military and stationed in Charleston. Shortly thereafter they moved to the Dallas area where they lived until they moved to Lufkin during his high school years. He loved playing sports and excelled in football, baseball, and golf. One thing consistent throughout Jerry’s life was his strong work ethic. He started working when he was around 6 years old at a Five and Dime managed by his father. His mind remained sharp and allowed him to continue working right up until his final days. When his family relocated to Lufkin he moved right across the street from his future bride, Nancy Lee Carswell. Jerry worked with his future father-in-law, James “Bun” Carswell in a grocery store during high school and impressed him so much with his work ethic that Mr. Carswell later recruited him for a position at the Fair Department Store in downtown Lufkin which Mr. Carswell managed. Jerry continued working during college and graduated with a degree in Business Administration from Stephen F. Austin in 1967. Jerry and Nancy were married 4 days after Nancy graduated from high school in 1966 and lived on the college campus while Jerry was attending college. After graduating, he and Nancy moved to Houston where he obtained his Certified Public Accountant License and started his career at Arthur Anderson where his starting salary was $650 per month. Jerry thought he wanted to be a partner in a big accounting firm, but quickly realized that would require prioritizing his career above his wife and family, and that is something he wasn’t willing to do. Jerry was involved in various ventures throughout his career including running multiple businesses, starting a business brokerage during the 70’s, opening and operating several pool halls, all the while keeping his CPA and his real estate broker’s license active. He loved to talk about work with his daughters and grandchildren, and he was a great source of advice for them. He delighted in telling stories of “crappy” jobs like the Lufkin Post Office. Jerry moved his family to Richmond, Texas in 1984 where they became active members of Pecan Grove Country Club. Nancy and Jerry spent much of their free time playing golf together and enjoyed competing with friends in golf tournaments. One of Jerry’s proudest moments was winning the Dupont World Amateur Handicap tournament in Myrtle Beach, South Carolina in 1996. Jerry also enjoyed fishing as well as collecting and shooting firearms. Jerry’s daughters, Susan and Karen, both love to travel and were able to convince him to go on several trips with them over the last several years. One memorable trip was a 12 day cruise to the Panama Canal. Jerry’s significant other, Carol Lowery, also enjoys traveling and they were able to enjoy many memorable trips together. Jerry is preceded in death by his wife of 45 years, Nancy Berghauser, his parents, mother and father-in-law Ellen and James M. Carswell, and sister-in-law and brother-in-law, Martha and Ray Carswell. He is survived by his significant other Carol Lowery, daughters and sons-in-law, Susan and Todd Fink and Karen & DJ Ramirez, grandchildren Tyler Boehm, Austin Ramirez and Kaylee Ramirez, sister-in-law and brother-in-law, Janie & Buck Hines as well as many other family members and lifelong friends.

Jerry Paul Berghauser was born on October 30, 1944 in Charleston, South Carolina and passed away Wednesday, September 22nd at his home in Richmond, Texas. Jerry was born to Hugh Melvin Berghauser and Turner Lee Sheffield while his father... View Obituary & Service Information

The family of Jerry Paul Berghauser created this Life Tributes page to make it easy to share your memories.

Send flowers to the Berghauser family.