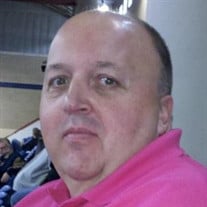 Jere Edward Olson, a resident of Richmond, TX, formerly of Lakeville, MN; son of James and Karen (Birch) Olson, passed away suddenly on March 2, 2022. At a young age, Jere knew dogs were his passion. Starting at Tel-Mo Kennel at age 14, his passion took him around the world. From grooming, to breeding and showing dogs, he eventually became an AKC judge, which he continued until his death. In 2008 he decided to leave Minnesota and move to Texas where he had many friends waiting with open arms. While living in Texas he owned and operated Pecan Grove Kennel, which he took great pride in. He was also able to purse his love of miniature horses and owned several AMHA world champions. These extraordinary accomplishments throughout his life brought him great joy and gave him the opportunity to make lasting friendships he truly cherished. Jere fiercely loved his family and his friends, and there was nothing he wouldn’t do for those he cared about. The loss of Jere has caused heartbreak around the world, as his selfless, kind, generous and humorous personality made him truly loved and adored by all who knew him. The void he left behind in the hearts of his family is truly immeasurable. Jere was deeply loved and will be forever missed. Left to cherish his memory are his parents, James and Karen Olson; son Jonathan Anderson; sister Melody Riddle and brother Matthew Olson; nieces Heather Riddle, Jessie Riddle (Bob Crosby), Amy Bangoura, and Kylah Olson; several grandchildren; great-nieces Mariam Bangoura, Anna Crosby and Eva Crosby; great -nephew Boone Crosby; several aunts, uncles, cousins and friends; and his beloved Pecan Grove Kennel family. He was proceeded in death by his brother, Aaron Olson; brother-in-law Jesse Riddle; grandparents John and Hilma Olson, and Ben and Georgia Birch; numerous aunts, uncles and several cousins. The family has made the difficult decision to respect Jere’s wishes and refrain from having a funeral service. A private graveside service will be held at a later date. In lieu of flowers, the family asks that donations be made to an animal rescue or humane society in Jere’s memory.

Jere Edward Olson, a resident of Richmond, TX, formerly of Lakeville, MN; son of James and Karen (Birch) Olson, passed away suddenly on March 2, 2022. At a young age, Jere knew dogs were his passion. Starting at Tel-Mo Kennel at age 14, his... View Obituary & Service Information

The family of Jere Edward Olson created this Life Tributes page to make it easy to share your memories.

Send flowers to the Olson family.