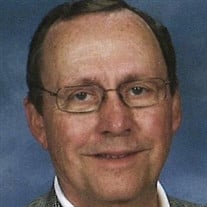 J. Robert Thompson Bob was born August 19, 1937 in Sioux City, Iowa to James Foster Thompson and Gertrude Avery Thompson. He has four sisters – Sally Casler, Karen Simmons, and two younger sisters, Kathy Hunzelman and Sheila Pick. He was preceded in death by 2 of his sisters Sally and Karen, as well as his mom, father, and stepmother Lydia Heinle Thompson. He is survived by his wife Jane, son Jay and his two children, Robert and Ann and his daughter Jill, and her husband Steve Flowers, and their two children Matthew and Ryan. After graduating from high school in Sioux City, Iowa in 1956, he initially decided to go into the ministry and had entered in Yankton Theological Seminary. To earn money for college he and a high school buddy went to Arlington, WI, to work in a Del Monte corn and pea canning factory. While there he met and fell in love with his wife of 60 years, Jane Tomlinson. He changed his mind about the ministry and decided to go to North Dakota Agricultural College, in Fargo ND, which is where Jane was going to study. It is now known as North Dakota State University. Bob received a B.S. in Economics and Communications in 1960 then went onto the University of Iowa for a Master’s in Public Relations and Journalism in 1961. After spending two years in the Fourth Armor Division in Germany as an information officer. Bob and Jane left the military and returned to Aitkin, Minnesota where he was a managing editor of the Aitkin Age, which was a Minnesota weekly newspaper. They then moved to Minneapolis and he worked as a political public relations consultant. Then in 1964, Jane and Bob then moved to Duluth, Minn. where he worked a couple of years in employment at Litton Industries’ Duluth Avionics Division. Texas Instruments in Houston then hired Bob in 1966 as a human resources and employment expert in finding technology scientists for the electronics industry. So, Bob and Jane and their two kids Jay and Jill, moved to Alief, Texas. Bob started his staffing company, J. Robert Thompson Companies in August in 1968. It grew to be a successful Professional Placement Company. He was even president of the National Personnel Association, NPA, which provided many travel opportunities for Bob and Jane and many wonderful friendships. In the early 1980’s Bob’s company grew to include Technical Staffing and Management to become one of Houston’s leading temporary staffing firms and focused on technology manufacturing and design. When their businesses sold in 1995, he and his partners had 1,000 employees working for them every day in Houston, Austin, and communities close to these cities. Bob and Jane bought their lot in Quail Valley, in Missouri City in October 1969 and moved there in 1973. Both have been continually involved in the community. He was an avid golfer, enjoyed marshalling, and was blessed to have a hole-in-one, three times in his life, the last after age 80 in 2019. He was also a part 12-man committee that went to Austin to convince the legislature to “Save Quail Valley Country Club.” It has since been incorporated into the green space of Missouri City by eminent domain and is now available to all of Missouri City citizens to enjoy. Jane, Bob and their son Jay, and daughter Jill, loved Texas and both continue to live close by. Most of Jane’s sisters ended up moving to Houston; Sister JoAnn and her family, husband Dave Lund and their kids, Brad and Cindy and her sister Charlotte and her family, husband David Gentzkow and their son David Jr. (JR). They all enjoyed many extended family gatherings together for birthdays and holidays. Both Bob and Jane loved having their kids and grandkids relatively close by and enjoyed giving back to their communities. They were very active in their churches, in charitable directed organizations, by giving scholarships to kids putting themselves through school, and supporting community activities and organizations. Bob loved and was highly active in the First United Methodist Church, Missouri City and always felt HIS presence when following his faith there. For many years, every other Wednesday night he and six or seven others practiced “Ole Men’s quarter to one-dollar poker.” They called themselves “The Greatest Poker Group in the World.” There was no such thing as “all in…” Well … maybe Bob just “pushed in all” in, just now. He was almost always positive and loved all unconditionally. He really has a special love for Jane, Jay, and Jill and their families. He will be listening for your calling…. At the end of each worship service, First Church Methodist leaders say a benediction Stating: “There is nothing you can do ….NOTHING !!! … that will make God love you any less … for in His Spiritual mind we each are the best, of the best, of the Best. If you love and act according to what is right, and believe in The Spirit, you are the best. Bob really believes that. And he loved each and every one of you.

The family of J Robert Thompson created this Life Tributes page to make it easy to share your memories.

Send flowers to the Thompson family.