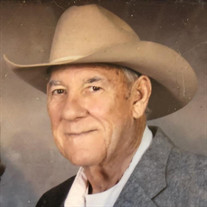 Herbert Claus Bettin, Jr., fondly known as “Herb”, 79, of Needville, Texas passed away on March 1, 2022. He was born on November 16, 1942 in Rosenberg, Texas to the late Herbert Sr. and Adela Koteras Bettin. Herbert Jr. served in the Army National Guard. He worked at Fort Bend County Precinct 1 Road and Bridge for several years before going to work for TDCJ transportation department, from which he retired. He was a lifetime member of the American Legion and was a long time Post Commander of the Richmond American Legion Post 567. He was also a 32 Degree Master Mason and a longtime member of Morton Lodge in Richmond. Herbert Jr. was preceded in death by his parents as well as a sister, Frances Muenster. Survivors include his wife of 56 years, Patty Bettin, sons Mitchell Bettin and wife, Tiffany, Matthew Bettin and wife, Tracie, five grandchildren and four great grandchildren. Visitation is scheduled from 1:00 p.m. – 3:00 p.m., Sunday, March 6, 2022 in the Chapel of Davis-Greenlawn Funeral Home in Rosenberg. A Mason Graveside is scheduled for 11:00 a.m., Monday, March 7, 2022 at Greenlawn Memorial Park in Rosenberg. Tributes and words of condolence may be left for the family at www.davisgreenlawnfh.com. Arrangements are under the direction of Davis-Greenlawn Funeral Home, 3900 B.F. Terry Blvd. (Hwy 59 South @ FM 2218), Rosenberg, Texas 77471, Phone: 281-341-8800.

The family of Herbert "Herb" Claus Bettin, Jr. created this Life Tributes page to make it easy to share your memories.