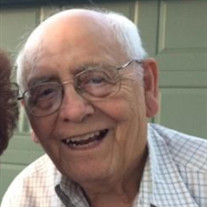 *** The funeral home is limited to 50 people at any given time and everyone must wear a facial covering *** Henry Nieto joined the Lord – passing peacefully holding his daughter’s hand, surrounded by prayer and song. Henry, 89 years old, was a loving husband, father and brother who lived his life based on the teachings of the Catholic Church as instilled by his mother. Henry was the last living, and youngest son of one of Baytown’s first Mexican American settlers. The family of twelve lived in a sparse two room cabin lit by a single kerosene lamp that illuminated the late-night poetry writings of Henry’s father. Back-breaking labor at the oil refinery would lead to his father’s untimely death, leaving his mother to raise 10 children alone during the Great Depression. As a child Henry delivered ice and milk and picked up odd jobs on construction sites. Money was tight. Shoes and clothes were hand-me-downs. Henry attended the now historical Baytown Mexican School, first established in the 1920’s for Mexican American children in the city. During his school years, Henry played brass instruments and tennis. He took up photography… all passions passed on to his children. Henry became the only son to graduate high school. But the celebration was short-lived. One day after graduation he reported to the U.S. Air Force. The Korean War was underway. During the war, Henry’s brush with death didn’t come from a bullet, but a tsunami. Two-mile-long Johnston Island where he was stationed was to take a direct hit. He was ordered to write a goodbye letter immediately, then wait for the tsunami. Some men climbed the air tower, the highest point on the tiny island. Henry chose to remain on the ground to await his fate. His life was spared, as was most of the island which suffered damage. A few years later, Henry married the love of his life Mary. He remembers his first glimpse of her "tiny-waist, wearing peddle pusher pants and glass shoes." He fell in love with her that night. They were married more than 60 years, raising two children they raised in the church and sent to college. Henry devoted his life to his wife, supporting her during two bravely fought cancer battles and serving as her caregiver during her journey with Alzheimer’s. He never left her side, sleeping in a recliner next to her hospital bed in their home. The two were founding members of St. Mark the Evangelist Catholic Church in Houston. Their family’s hard work is memorialized there. They served as Eucharistic Ministers, visiting the sick. Henry joined the Knights of Columbus and served as usher at St. Mark and at Holy Family Catholic Church in Missouri City. Henry loved his kids. He encouraged their interests in the arts and championed their academic and professional success. He built sets for his daughter’s college TV productions, assisted his son’s wildlife photography pursuits and survived a nail-biting effort to teach his daughter to drive a stick. He was a constant source of wisdom. Henry attended business school and worked more than 30 years as an accountant in the energy industry. In retirement he caught up on reading, diving into history, politics, and the daily paper. He loved to BBQ and travel. Henry loved sports too. He held coaching positions on his son’s sports teams, taught his daughter to slide into home, and to ride a bike. He was a devout baseball fan – Astros and Yankees. He loved the stats, the history and took his kids to early batting practice at the Astrodome to watch Astros’ César Cedeño and Jose Cruz. Henry died the same day as Hank Aaron, a baseball player he deeply admired. On that fated day, they each rounded the bases a final time, heading for home, peacefully and with grace to heaven. Henry is now with the Lord, reunited with his wife Mary, son Henry, his parents, brothers and sisters who’ve gone before him. He is survived by daughter Rebecca and son-in-law Alfredo Del Real, sisters Vera Barajas, Mary Nieto and Lydia Castillo, as well as in-laws, nieces, nephews and extended family. A walk-through visitation will be held at Davis Greenlawn Funeral Chapels and Cemeteries between 1 and 3pm Sunday, January 31st. A private burial with military honors will be held at the cemetery February 1st. Davis Greenlawn is located at 3900 B.F. Terry Blvd, Rosenberg, TX 77471. Ph: 281-341-8800. You are welcome to send flowers to Davis Greenlawn.

*** The funeral home is limited to 50 people at any given time and everyone must wear a facial covering *** Henry Nieto joined the Lord &#8211; passing peacefully holding his daughter&#8217;s hand, surrounded by prayer and song. Henry, 89... View Obituary & Service Information

The family of Henry Nieto created this Life Tributes page to make it easy to share your memories.

Send flowers to the Nieto family.