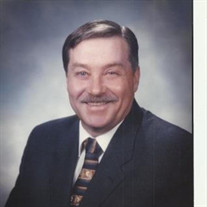 Gary Marion Kaluza passed away peacefully in his home in Fairchild, Texas on October 2, 2021, at the age of 73. He was born on December 8, 1947 in Richmond, Texas to the late EJ & Mary Lee Kaluza of Fairchilds. Gary was the “renaissance” man of his time, a jack of all trades. After graduating Needville High School, he attended the University of Houston studying Advancements in Electronic Engineering. He then married the love of his life, Linda Eder, on June 21, 1969. All the while, he was his daddy’s right-hand cotton picker and tractor mechanic. During the 1970’s, he was a Paratrooper with the United States National Guard. After returning home, he began working for Texas Instruments, where he stayed for 5 years as an Electronic Technician. He then joined the Xerox team, where he remained until he retired after 35 years. After retirement, he spent most of his time hunting, fishing, and crossing items off his wife’s honey-do list. He enjoyed spending every holiday with his family and friends. He enjoyed singing karaoke, taking trips with friends, dancing at weddings and schooling people on how to play dominoes. You could hear his laugh from the other room and you always knew it was him. He was very active in his church & community. He was a member of the Knights of Columbus and served as a Grand Knight. His heart was with the ARC community, where he and his wife, Linda, chaperoned holiday dances every year for over 20 years. He enjoyed cooking for the senior citizens and serving at numerous events for the Knights of Columbus. He is survived by his wife of 52 years, Linda Kaluza; children Laurie Kucera and husband Wes, David Kaluza and wife Aliisha; grandchildren Josh Kaluza and wife Barbara, Mason Kaluza-Etzel and wife Morgan, Taylor Faith Kaluza, Tayler Marie Kucera and Garrett Reynolds; great-grandchildren Brooklyn & Brie Kaluza; his siblings: brother Kelly Kaluza and wife Jerry, sister Carol Zahradnik and husband Eddie, sister Marilyn Buchta and husband Mark, numerous nieces, nephews and cousins. He was preceded in death by his parents EJ and Mary Lee Kaluza, nephew Keith Zahradnik, and faithful companion, Waffles. Visitation will be Wednesday, October 6th from 4:00pm-7:00pm at Davis Greenlawn Funeral home in Rosenberg, TX. Funeral Services Thursday, October 7th at 10:00 am at St. Michael’s Catholic church in Needville, TX. Graveside service at Concord Cemetery in Fairchild, TX with lunch to follow at the Needville KC Hall. For those wishing, memorial donations may be made to The American Lung Assoc.

The family of Gary Marion Kaluza created this Life Tributes page to make it easy to share your memories.

Gary Marion Kaluza passed away peacefully in his home in Fairchild,...

Send flowers to the Kaluza family.