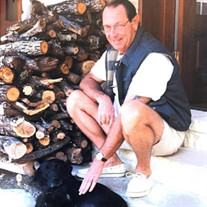 Frank (Buddy) Calvin Forest, 80, passed away peacefully with his wife, Dawn, at his side on May 12, 2022. He was born on December 28th, 1941 in Liberty, Texas and was the youngest son of Calvin Bert and Tina Forest. He is survived by his wife Dawn, daughter Amy (Kevin) Genz, son Jeff Forest, and daughter Katie (Ryan) Schroeder, grandchildren Tyler, Reilly, Kamryn, Rawson, and numerous sisters, cousins, nephews, nieces and extended family. With the passing of Frank’s father shortly after his birth, he entered the world as the man of the house; a house already occupied with his five older sisters. He was always one to say that he never had any toys and life was tough having to wear his sisters’ hand-me-down petticoats. Frank spent his school years in Richmond-Rosenberg and graduated from Lamar Consolidated High School in 1960. Soon after graduation, he was employed by the railroad service and then served his country in the Army. After his service, Frank began his career in the oil industry. Little did he know, this career would take him around the world and offer opportunities never foreseen for a boy from Liberty County. The next few years, Frank’s career continued to grow along with his family with the birth of his eldest daughter, Amy and son, Jeff. In 1980, Frank moved to Singapore where he met his wife, Dawn. Soon after, they made their way to London and welcomed their daughter, Katie, before moving back to Texas. Facing the economic collapse in the 1980’s, Frank and his partner, Tom Wagner, were determined to overcome every hardship coming their way. They created a company whose philosophy was to ‘share the wealth’ and SHAREWELL, LLC was born. They developed the technology that continues to be used worldwide in horizontal drilling. Frank and Tom named their first prototype of the tool, CHAMP, after their favorite breakfast joint in Houston. Frank wasn’t long retired before he found his next passion in life, sport fishing. Thanks to Todd and the Caspary Family, Frank and Dawn were introduced to Rockport, Texas where they spent many joyful weekends and holidays. He purchased his first boat called, “Things to Do”, which was named after his everlasting response to “Where are you going? ‘I’ve got things to do!’” He soon upgraded to a 46’ Hatteras Fishing Yacht named Pescamos. For the next several years, Frank fished all over the Caribbean and South America while making new friends at every port. Soon after, Frank and his business partners purchased Key Allegro Island Marina and the restaurant, DORADOS, was created. Frank became a popular fixture at the bar ‘supervising’ the bartenders, Big Jon and Jesse. Frank retired for a second time (or maybe third time) and moved to Brazos County to enjoy the slower pace of life. He and Dawn eventually continued their travels to North Texas to be closer to their 2 youngest grandbabies. Having Winstar Casino close by was also a good selling point for Frank! Upon every health issue that Frank was challenged with, he handled with strength and determination. His trait for being ‘hard headed’ served him well. Many lives have been changed because of Frank’s generosity, advice, and mentorship. He was never afraid to share his opinion using his well-known phrase ‘If I may make a suggestion’. Those ‘suggestions’ have changed the lives of many people. The family would like to express their eternal thanks to the nurses and doctors at MD Anderson for giving Frank the tools to fight his long battle and allowing him to experience life to the fullest. A memorial service for Frank will be held on Thursday, May 19th at Davis Greenlawn Funeral Chapel: 3900 B F Terry Blvd, Rosenberg, TX 77471 at 11:00am. Following the service, Frank’s Final Farewell will be held at Briscoe Manor at 12:30pm 5801 FM 723, Richmond, TX 77406 In lieu of flowers, donations can be made to the Texas Quarter Horse Foundation: Texas Quarter Horse Foundation 14 N Main Street, Suite B Elgin, TX 78621

Frank (Buddy) Calvin Forest, 80, passed away peacefully with his wife, Dawn, at his side on May 12, 2022. He was born on December 28th, 1941 in Liberty, Texas and was the youngest son of Calvin Bert and Tina Forest. He is survived by his wife... View Obituary & Service Information

The family of Frank C. Forest created this Life Tributes page to make it easy to share your memories.