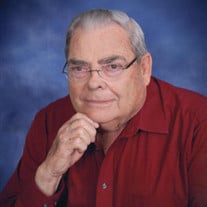 Don Wenzel, 78, of Needville, a long-time business owner and philanthropist in Fort Bend County, passed away on April 3, 2021. Don was the founder and owner of Uticon, Inc., a general contracting business in Rosenberg, for more than 30 years. His red company trucks donning a white stripe became a staple around town for decades. He was a former board member of the George Foundation, Needville Harvest Festival and Needville High School Scholarship Fund. Don was a proud, long-time supporter of the Rosenberg Railroad Museum, the Fort Bend County Fair and Rodeo, Sacred Heart Catholic Church and St. Michael’s Catholic Church, where he was a member, along with many other projects to give back to Fort Bend communities. He received the Lifetime Achievement Award from the Needville Chamber in 2018 and was honored by the railroad museum in 2004 for his philanthropic contributions. He is preceded in death by his parents, Casper and Judith Wenzel, his first wife Elizabeth, and second wife Sandy. He is survived by his wife Lorrell; daughter Angie Davlin and husband Terry, of Burnet; son Dustin Wenzel and wife Kerri, of Spring, brother Casper Wenzel and wife Emily, of Corpus Christi; brother George Wenzel and wife Bobbe, of Victoria; sister Genevieve of Tuscaloosa, Alabama; and sister Deborah and husband Frank, of Schulenberg. He leaves behind two grandchildren, Elizabeth and Cooper. He is also survived by his stepson Lane Teykl, his wife Gina and their three children, and stepdaughters Kristie Warr and Kori Sury from his second marriage, along with their spouses and children. Visitation will be held on Friday, April 9 from 11:30 a.m. to 1:30 p.m. at St. Michael’s Catholic Church, 9214 Main Street in Needville, with a rosary to follow at 1:30 p.m. A funeral mass will be held at 2 p.m. at the church, with burial services following at Davis-Greenlawn, 3900 BF Terry Blvd. in Rosenberg. . In lieu of flowers, contributions can be made to the Needville Harvest Festival, Inc., P.O. Box 1101, Needville, Texas 77461, the George Foundation, or St. Michael’s Catholic Church.

Don Wenzel, 78, of Needville, a long-time business owner and philanthropist in Fort Bend County, passed away on April 3, 2021. Don was the founder and owner of Uticon, Inc., a general contracting business in Rosenberg, for more than 30 years.... View Obituary & Service Information

The family of Donald Paul Wenzel created this Life Tributes page to make it easy to share your memories.

Don Wenzel, 78, of Needville, a long-time business owner and...

Send flowers to the Wenzel family.