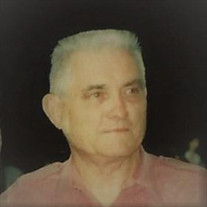 Claude Ray Vickers went to be with his Heavenly Father on April 7, 2022 after eighty-eight years on this earth. He was born on December 19, 1933 in Needville, Texas. He was proceeded in death by his parents Claude Brady and Mary Matcek Vickers, his daughter Cheryl Denise and granddaughter Kristine Ann Vickers. Claude graduated from San Jacinto High School in Houston in 1952, married Marjorie in 1953, then served in the US Navy aboard the Destroyer USS Brown DD546. In the service he traveled all over the world – Hawaii, Japan, Australia, Hong Kong, China and many other islands in between. After being discharged from the Navy in 1957, they moved to Abilene where he graduated from Abilene Christian University with degrees in Physics and Math. Claude was blessed with the soul mate and love of his life Marjorie McCorquodale for the last 69 years, his 5 children, 7 grandchildren, and 6 great grandchildren. Claude was a devoted member of the Church of Christ, serving as a Deacon and Bible school teacher and Coordinator for many years at the Sharpstown congregation. After moving to Richmond in 2004, Claude and Marjorie attended the Graeber Road Church of Christ in Rosenberg, TX. He corresponded with over 1000 students in the Free Home Bible Study. Claude had a passion of creativity. He collected trash to treasures and could fix anything. His love of fast cars, hot rods, motorcycles, camping and traveling all across America through Canada to Alaska were just a few of his interests. God and Family were the highest priorities in Claude’s life. He is survived by his wife Marjorie McCorquodale Vickers, children Greg Vickers and wife Kay Reed Vickers, Denise Vickers Miller and husband Jay Miller, Beth Vickers Glasheen and husband Richard Glasheen, Chris Vickers; grandchildren Grady Vickers, Tara Miller Meade and husband Colt Meade, Jeremy Miller and wife Ruby Garza Miller, Joshua Miller, Marybeth and Brian Glasheen; great grandchildren Trinity Vickers, Kaylee and Kara Holley, Kylie and Kate Miller, Teagan Rae Meade and many relatives and friends. In lieu of flowers please donate to Cherokee Home for children c/o Graeber Road Church or your charity of choice.

Claude Ray Vickers went to be with his Heavenly Father on April 7, 2022 after eighty-eight years on this earth. He was born on December 19, 1933 in Needville, Texas. He was proceeded in death by his parents Claude Brady and Mary Matcek Vickers,... View Obituary & Service Information

The family of Claude R. Vickers created this Life Tributes page to make it easy to share your memories.

Claude Ray Vickers went to be with his Heavenly Father on April...

Send flowers to the Vickers family.