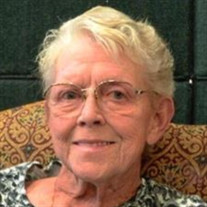 Carolyn Eloise Bubenik, age 77, of Sugar Land, Texas (formerly of Panama City, Florida) went to be with the Lord on Tuesday, January 19, 2021. She was born to Septimus Filius and Gertrude Wilder Dudley on August 18, 1943 in Panama City, Florida. Carolyn is proceeded by her parents, her brother, George Dudley; sister, Flora Hoover; son in law Steven Ramsey; and grandsons Sylas and Zachary. Carolyn is survived by her husband, Charlie Bubenik Jr.; her seven children, Becky, Sherry, Gina, John, Rose, Loretta, and Emil and their spouses; 19 grandchildren; and 25 greatgrandchildren. Carolyn grew up on the beaches of Panama City, Florida. She met her long time love, and husband of 53 years, in Panama City. In her early years, she was a waitress and in her later years she served the elderly as a CNA, specializing in hospice. A large portion of her time was devoted to caring for her children during their younger years and she earned the well-deserved title of homemaker. Being a military wife, she traveled many places and saw many things, supporting her husband and family through many tours of duty. After retirement, Carolyn and her husband settled back in Panama City, Florida where she worked and continued to raise her children. In October of 2011, Carolyn moved to Sugar Land, Texas to live with her youngest daughter where she lived out the remainder of her years. Carolyn was a devoted wife, mother, grandmother, great-grandmother, and friend. Her end of life passion was for her Savior, Jesus Christ, in whom she now rests in peace and glory. The funeral will be held at Davis-Greenlawn Funeral Chapels and Cemeteries, 3900 B.F. Terry Blvd., Rosenberg, Texas 77471. Phone: 281-341-8800. The viewing will be at 1:00pm and the Funeral at 2:00 with a grave-side service. In lieu of flowers, donations can be made to St. Jude’s Children’s hospitals and the Human Society, her favorite charities.

Carolyn Eloise Bubenik, age 77, of Sugar Land, Texas (formerly of Panama City, Florida) went to be with the Lord on Tuesday, January 19, 2021. She was born to Septimus Filius and Gertrude Wilder Dudley on August 18, 1943 in Panama City, Florida.... View Obituary & Service Information

The family of Carolyn Eloise Bubenik created this Life Tributes page to make it easy to share your memories.

Send flowers to the Bubenik family.