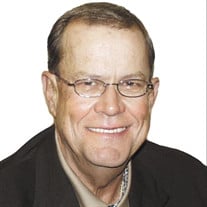 Bill Hartman of Richmond, the longtime owner of the Fort Bend Herald and other Texas newspapers, died Monday afternoon. He was 79. Hartman purchased The Herald-Coaster in 1974 from Carmage Walls and Southern Newspapers, Inc. The newspaper was renamed the Fort Bend Herald in 2007. The Herald was part of Hartman Newspapers, Inc., which he founded in 1974 . At one point, the company had 17 community newspapers in Texas and Oklahoma. Today, the family-owned business operates nine Texas newspapers. Hartman relocated the company to Rosenberg in 1977, and he and his family moved from Beaumont to Richmond. Hartman demanded his editors and publishers get as many names and faces as possible in each issue to best tell the story of the communities they served. He eschewed euphemisms and demanded “only the facts” be published in the news pages. Opinions were only for the editorial page. Hartman was also critical of public officials who acted against the public interest, and believed newspapers play a valuable role as government watchdogs. Hartman also understood a newspaper is central to the lifeblood of a community, and required his publishers to participate in civic activities and volunteer organizations. A native of Baytown, John William Hartman was born at St. Joseph’s Hospital in Houston on July 19, 1941, to Betty and Fred Hartman. He attended Baytown public schools, graduating from Robert E. Lee High School in 1959. Hartman spent a lifelong career in the newspaper business, and began working as a teenager doing janitorial work for his father Fred, who was editor and publisher of the Baytown Sun for Southern Newspapers, Inc. He then moved on to covering sports, and was an athletic trainer for the Robert E. Lee Ganders. After graduating from Baylor University in 1962 with a business administration degree, Hartman went to work as editor and publisher of the Bayshore Sun in La Porte. He moved back to Baytown in 1965 as general manager of the Baytown Sun under his father and Mr. Walls. From 1971-74, Hartman served as editor and publisher of the Beaumont Enterprise & Journal before founding Hartman Newspapers. Hartman was a tireless promoter of Fort Bend County, and his community activities included serving as president of the Rosenberg-Richmond Area Chamber of Commerce; chairman of the board of the Greater Fort Bend Economic Development Council; director of Polly Ryon Memorial Hospital; past chairman of the Fort Bend County Mobility Task Force; past vice chairman of the Richmond State School's Volunteer Services Council; past president of the Rosenberg Rotary Club; and past director of the Fort Bend County Fair Association; and director of the Texas Ranger Association Foundation. One of his many good friends in life, the late Wayne Moore, once remarked, “Bill Hartman was, is and in my opinion, shall always be a builder.” Hartman was a leader in the newspaper profession, serving as president of the Texas Daily Newspapers Association in 1977. He was also named the Pat Taggart Newspaper Leader of the Year by TDNA in 2004. He was an avid sports fan, golfer, horseman, outdoorsman and firearms enthusiast. A member of the Houston Chapter of the Baseball Writers Association of America, he covered the Astros for many years as well as The Masters golf tournament. Further, Hartman owned and showed Arabian horses, and was a frequent Top 10 finisher in the U.S. National Arabian and Half-Arabian western pleasure classes. He owned Hartman Arabian Farms in Needville until the late 1990s. Hartman lived in Richmond and was a member of St. John’s United Methodist Church in Richmond. He was a devoted father and doting grandfather and his children and grandchildren brought him immense joy, going by the nickname of “Paw Paw.” He was also a loving son and brother. Hartman is survived by his sister Mary Hartman Brown-Cody of Baytown; three children, Fred Hartman and wife Laura Lee Prather of Austin; Lee Hartman and wife Shannon Hartman of Sugar Land; and Lizz Sansone and husband Chris Sansone of Sugar Land; six grandchildren, Drew and Kate Hartman of Sugar Land; and Alex and Ella Stapleton, and Julia and Blake Hartman, all of Austin. The Hartman family is planning to hold a private memorial service. In lieu of flowers, the family asks friends to make a donation to Gigi’s Playhouse Down Syndrome Achievement Centers or St. John’s.

Bill Hartman of Richmond, the longtime owner of the Fort Bend Herald and other Texas newspapers, died Monday afternoon. He was 79. Hartman purchased The Herald-Coaster in 1974 from Carmage Walls and Southern Newspapers, Inc. The newspaper... View Obituary & Service Information

The family of Bill Hartman created this Life Tributes page to make it easy to share your memories.

Bill Hartman of Richmond, the longtime owner of the Fort Bend...

Send flowers to the Hartman family.