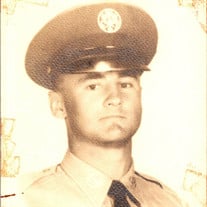 Barney Ray Rose March 17, 1936 – February 1, 2022 In the presence of his wife, Margaret, Barney aged 85 passed peacefully into the arms of our Savior, Jesus Christ. Barney was born on March 17,1936 in Rosenberg, Texas. At the age of one, the family moved to Bellville, Texas. He graduated from Bellville High School in 1954. From 1957 to 1961 Served In the United States Air Force, stationed in Germany, For twenty-three years Barney worked for TXDot. After retirement, he enjoyed playing golf and working in his yard. He continued to do this until his eyesight failed. On July 3,1970 Barney married Margaret Ann Silhavy. They were married for fifty-one years. To this union one son was born , David Wayne Rose. David passed away November 3, 2017. Barney will be remembered as never meeting a stranger and a quick wit. Jokester at all times. Always a smile and small talk. Thank you nurses and others at Amed Community Hospice . He preceded in death by his son, parents (James E Rose and Ethel Eva Wall Rose) and brothers, Ernest, Leston, Edward, Vernon, Calvin, and Mason. Survived by wife, Margaret Rose and sister, Lois Phillips and numerous nieces and nephews. Family will receive friends from 5pm to 7pm on February 7, 2022 at Davis Greenlawn Funeral Chapel. Funeral services will be February 8, 2022 at 2:00 PM. Burial will be at Davis Greenlawn Cemetery. In lieu of flowers donate to your favorite charity.

The family of Barney Ray Rose created this Life Tributes page to make it easy to share your memories.

Send flowers to the Rose family.