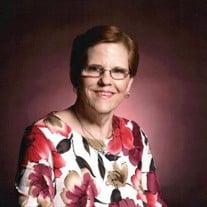 It is with profound sadness that the family of Barbara Bub Hall announce her peaceful passing on Wednesday, September 29, 2021 at the age of 71 years. She was born November 16, 1949 in Corpus Christi, Texas to Donald Roland Bub and Wanda Aileen King Bub. She will be lovingly remembered by her children- John Robert Hall, Susan Aileen Zylicz and husband Lance, Linda Jane Pflughaupt and husband Karl; grandchildren- Anthony, Taylor, Carson, Madison and Reagan; her best friend of nearly 50 years- Carol Ann Muskiet; and many loving extended family members and friends. As a homemaker for the majority of her married life, Barbara created a wonderful home and fostered exposure to many activities for her children. Widowed at a very young age, Barbara showed her strength and determination by going back to school and becoming a Radiology Technician. She excelled in school and in her work until her retirement in January 2019. Barbara especially loved her role as grandma. She was ever present in her grandchildren’s lives attending any and all events big or small. She was such a proud grandma and did not let those moments pass her by. Barbara was always gracious of her time and expected nothing in return. She was such a talented seamstress and there are countless times she used those talents to help others. Barbara was a member of Pilgrim Lutheran Church in Houston and enjoyed participating in Young at Heart and using her sewing skills to volunteer for the church. Barbara was a quiet soul whose impact was made by her actions and not her voice, but there were some areas of her life where she was extravagant. She decorated with her favorite color green throughout her home. Barbara’s love of Christmas included an infinite collection of decorations and displays, and mounds of thoughtful gifts despite her continued attempts to “scale back”. In later years, Barbara loved working puzzles which is evident by the vast quantity displayed and waiting to be completed. Barbara was preceded in death by her parents, her husband, Robert ”Bobby” Coolidge Hall, sister, Carolyn King and brother, William Bub. Memorial service will be held Sunday, October 3, 2021 at 1:00 P.M. at Pilgrim Lutheran Church, 8601 Chimney Rock, Houston, Texas. Because her many pets gave her unconditional love and were a huge part of her life, memorial donations in lieu of flowers may be made to the Houston SPCA, 7007 Old Katy Rd, Houston, Texas 77024. Tributes and words of condolence may be left for the family at www.davisgreenlawnfh.com. Arrangements are under the direction of Davis-Greenlawn Funeral Home, 3900 B.F. Terry Blvd., Rosenberg, Texas 77471, Phone: 281-341-8800.

It is with profound sadness that the family of Barbara Bub Hall announce her peaceful passing on Wednesday, September 29, 2021 at the age of 71 years. She was born November 16, 1949 in Corpus Christi, Texas to Donald Roland Bub and Wanda Aileen... View Obituary & Service Information

The family of Barbara Bub Hall created this Life Tributes page to make it easy to share your memories.

It is with profound sadness that the family of Barbara Bub Hall...

Send flowers to the Hall family.