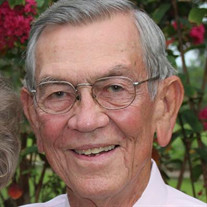 Andrew James “A.J.” Wleczyk returned home to play guitar with the angels on October 10, 2021. He was born to parents Andrew and Nellie (Mazen) Wleczyk on June 28, 1936 in Rosenberg, Texas. He is survived by his wife of 31 years, Ester Wleczyk; his daughter-in-law Shawn Wleczyk and grandsons Taylor (wife Elizabeth), Mason, Davis, and Jared Wleczyk; sister Willie Mae Startz and her children, Linda Band (husband Larry), Shirley Pettigrew, and Larry Startz (wife Sandra); and sister Ella Macha and her son Terry Macha. Also surviving him are his stepchildren, Eddie Higdon (wife Edie), Jef Higdon (wife Linda), and Jennifer Rogers (husband Shelby); his godchild Chad Wleczyk (wife Courtney) and numerous cousins. Meeting him in Heaven are his parents and his two sons Mark Wleczyk and Scott Wleczyk. A proud Texas native, Mr. Wleczyk never wanted to live anywhere but Fort Bend County, only leaving to serve his country in Korea during the Korean War. He served honorably in the U.S. Army and was a life member of the Veterans of Foreign Wars. He was a member of the 1955 Lamar Consolidated High School graduating class and attended Wharton County Junior College. Widely respected as a leader among the local farming and cattlemen community, he was a past director of El Campo Production Credit Association (now First Ag Credit) and was invited by Texas Governor Briscoe to serve on the Governor’s Agriculture Committee in 1977. He worked tirelessly to improve farm production and farmers’ standing in the community until illness forced his retirement, though he still enjoyed working on vintage tractors and other passion-projects always underway in his workshop. Anyone who knew A.J. over the years knew he loved the dawn’s early rays over any good fishing hole along the Texas Gulf Coast; his “jam” sessions with his local bandmates and picking the guitar as they belted out classic Country tunes and old favorites for their own entertainment and friendship; and his prowess on any dance floor where a good waltz or polka played, the faster the better. He also loved his Houston Texans (grumbling every year how terrible they are, but still dutifully cheering them on), and reminiscing how much he loved the “old days” of coaching his sons and other countless children in Little League when Rosenberg was still a small, tight-knit community with only one high school. He missed the shrinking cattle fields and crops that once dominated the local landscape, and he fondly spoke of friends and family and local history. The family wishes to thank Dr. Amarali Popatia, Oncologist, and his devoted staff for 18 years of compassionate care. Not one to wear his faith on his sleeve for public display, A.J. often reflected on his personal relationship with God and the important role that relationships play in our health, happiness, and overall wellbeing. He credited Dr. Popatia and his staff with many more years than most doctors would have believed possible, but for A.J.’s incredible strength of spirit and his love for a simple, good life of hard work and humility. He was the “rock” that every family needs and desires, and he will be missed by everyone who knew and loved him. Pallbearers will be grandsons Taylor Wleczyk, Mason Wleczyk, Davis Wleczyk; godchild Chad Wleczyk; Brad Dzierzanowski; and Phillip Chumchal. Honorary pallbearers are Pete Wleczyk, Bennie Wleczyk, Jim Taylor, and Nelson Thibodeaux. Visitation with the family will be at the Davis Greenlawn Chapel at 3900 B.F. Taylor Blvd. in Rosenberg from 5:00-7:00 p.m. on Thursday, October 14, 2021. Funeral services will be held at 10:00 a.m. on Friday, October 15, 2021 at First United Methodist Church in Rosenberg where Mr. Wleczyk was a member. Interment will follow in Davis Greenlawn Cemetery in Rosenberg. Memorials may be sent to First United Methodist Church, 1127 3rd Street, Rosenberg, TX 77471.

The family of A. J. Wleczyk created this Life Tributes page to make it easy to share your memories.

Send flowers to the Wleczyk family.